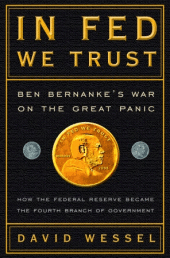 designed cover. You can pre-order the book here.

The Most Damning Blogpost I Have Read Today

At least now we have finally gotten away from personal attacks, so let me say that Sachs is an inspirational and hard-working intellectual. His ideas on Africa are only sometimes totally wrong, the other times they are only fatally wrong.

"Besides, the sight of two middle-aged white men mud-wrestling on African aid may entertain the audience."

The two middle-aged white men refered to in the above quote are no light-weights, they are Columbia's Jeff Sachs and NYU's Bill Easterly.

Eat Your Way to Eternity

the negative health consequences of being overweight and even obese will generally be significantly lower for children than for adults. The reason is that aside from very extreme obesity, the really harmful effects to overweight children will not usually kick in for another 25 or more years when they are in their forties or older. However, one can reasonably expect sizable progress during the coming decades in the development of drugs, such as lipitor, that will reduce the health consequences of high cholesterol and excess weight for heart conditions, diabetes, and some cancers. From that perspective, perhaps even ignorant and impulsive children are not acting so stupidly by indulging themselves in their eating since the future will likely see the development of drugs that will alleviate many serious medical conditions.

I see an externality being generated here. Say if the kids do not eat so much junk food or drink that much soda, they would not get overweight or even obese...then resources that would have been dedicated to cure illnesses which are byproducts of being overweight and obese could be used for something else. Afterall, scarcity rules. No?

BTW, as I have moved to a new job, and the position I am in does not allow me to freely comment on whatever stuff I like, hence the non-frequent up-dates of this blog, but I will try. So stay tuned.
張貼者： Gary M C Shiu 於 6:08 PM No comments: