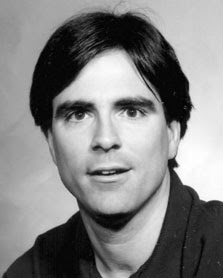 Professor Randy Pasuch passed away...here is more from ABC, and here from his colleague at UVA.

My condolences to his family.

I have heard a lot about Web 2.0 of late and its business potential. I have no clue what it is though. But if the Web 2.0 business model can bring more stuff like this vid, hey, I am totally for it.

This short video is pretty amusing. I, for one, is sick and tired of all campagin stuff ahead of HK's September Legislative Council election. So please sit down, relax, and watch this vid, enjoy!

Recently I was invited by L, my former colleague who is now working for Hong Kong Economic Journal, to contribute a piece to his paper commemorating the paper's 35 anniversary.

A few people have missed it when it was published last week and asked me to reprint here. I am not so sure because of my concern about copyright issues.

Now the problem is finally resolved because one can read it for free online, and the link is here.
張貼者： Gary M C Shiu 於 8:37 PM 4 comments:

If a worker can produce 10 dollars worth of stuff, and the worker is currently paid nine dollars. (Let's put aside the question of why the worker gets paid less than his or her contribution for argument's sake). Comes another employer, turn on his computer, check out his competitor's offer to workers, and discovers an opportunity to make profit (by paying a bit more than nine dollars this empolyer in question can bid away that worker who can produce stuff worth ten bucks and the employer in question can pocket a bit less than a dollar difference as profits). My guess is , TEN OUT OF TEN EMPLOYERS would do what they can to lure that worker to work them and in the process bids up the wage of the worker to ten bucks, his or her productivity.

Other parts of his piece are equally silly and it is not worth my time to comment on it.

Probably only the writer of the piece would not do something when he sees that kind of profit opportunity, but then again he is not a boss, otherwise he would not have that kind of time to write such silly article anyway.
張貼者： Gary M C Shiu 於 8:24 PM No comments:

Below is the introduction Ronald Coase delivered at the beginning of the China conference which we have talked about here before. Thanks to Linda, Professor Steven Cheung's wife, for kindly providing me with a copy of the introduction and granting me permission to reproduce it here:

I now have the very pleasant task of welcoming you to this Conference on China’s Economic Transformation. When Steven Cheung wrote in 1982 his pamphlet for the Institute of Economic Affairs in London on the question “Will China go capitalist?” a question that he answered in the affirmative, I was one of the few people who agreed with him.

But I thought in terms of 100 or 200 years, not 25 or 30 years. What happened in China was a complete surprise to me, its scale, its character and speed – which means that I did not understand what was going on. I therefore determined to hold a conference that would uncover the facts about this extraordinary series of events. We sought out those best able to inform us, academics, businessmen, government officials, about the facts about what happened. I think we succeeded. We have a series of fine papers that greatly enlighten us about what has happened in the years since 1978. As we intent to publish an edited version of these papers (and of the discussions) in a book, they will inform a much wider audience.

Of course, although we will learn a great deal about what happened, it is not to be expected, although some things will be made clear, that there will be complete agreement in the views expressed – nor is it desirable that there should be. A subject in which everyone says the same thing is a dead subject and one which will not progress.

Competition in the market for ideas is as valuable as in the market for goods. The truth is found as a result of the clash of ideas. And it will be so at this conference.
Our first paper by Steven Cheung will be delivered by him on DVD. It is long (about 2 hours) and I decided to divide it into two parts, each about an hour in length with an interval with refreshments in between.

Unfortunately, one of our important discussants, Professor Mundell, will not be able to attend on the first day but will give his views on Tuesday morning. I should explain here that while I speak as though I organized this conference, in fact all I did was to have the idea that such a conference would be a good thing. The actual organization of the conference was carried out by Ning Wang, assisted more recently by Lennon Choy and Marjorie Holme. I have been largely a spectator and admirer of their work. I should also say that, approaching 98 years of age later this year, I get extremely tired and almost certainly will not be able to attend all the sessions. But those who present papers at sessions I do not attend should realize that my absence is in no sense of judgment on the worth of their papers.

I now turn to Steven Cheung’s talk. I came to know Steven when he came to Chicago from UCLA in 1967 on a fellowship and was later in 1968 appointed an assistant professor. I don’t remember how we met. But when we did, we formed an immediate bond and we had the most enjoyable and productive talks together.

Unfortunately for Chicago, he decided to leave Chicago and go to the University of Washington where he had as colleagues Douglass North and Yoram Barzel. However, our relationship did not end and Steve wrote a series of splendid articles published in the Journal of Law and Economics of which I was editor. Then, in 1980, Steve received an offer from the University of Hong Kong. I urged him to accept. I thought it would be a fine place to observe what was happening in China. Just how valuable it would be I did not then realize. But you will learn from his talk what he has gained from his close observation of events in China over the years. I won’t hold up this really important talk any longer. So here we have Steven Cheung speaking on China’s Economic Transformation.

PS. Kempton, sorry for not posting this piece on the Free Lunch with Steven Cheung site, as I lost the email you sent teaching me how to post stuff on that. Would you mind helping me to upload this post over there as well. Thanks a lot!
張貼者： Gary M C Shiu 於 11:28 PM 1 comment:

I know D back in my college days. Those were good times to say the least. We both were and still are deeply influenced by Professor Steven N S Cheung's works.

My co-blogger Wayne Winegarden is coming to town (HK) next week, I am really looking forward to seeing him. Last time I saw Wayne was back in 2001 when he was working for Philip Morris. I was Wayne's roommate for a couple of years and did our Ph.D. thesis under the supervision of the same professor. I will take a day off work to spend time with my best buddy and his family.
張貼者： Gary M C Shiu 於 6:31 AM No comments:

So you want to know more about the Subprime mess?

Even better is the fact that it's FREE, download it here.
張貼者： Gary M C Shiu 於 12:26 AM No comments:

Best Indicator of China's Economic Growth. No, it's Not GDP

No, no, no, definitely not GDP figures as a lot of pundits like to charge them as not reliable and cooked.

What is a better, more reliable indicator then? One that the government would find it hard to tinker with.

I think I have found one, the number of obese men in China.

According to a study done by researcher up at U of North Carolina, "more than 25% of adults in the country are overweight or obese and that the number could double over the next 20 years.

The report, based on data collected from 20,000 patients in China over the past 15 years, says obesity has increased 1.2% a year among men in that time -- higher than the rate for adult men in the U.S., U.K. and Australia."

According to Professor Barry Popkin, the reason for such hefty growth in the number of obese people has nothing to do with increased consumption of fast food or other Western foods in China.

Rather, improving living standards mean that growing numbers of Chinese can now afford vegetable oil, beef and dairy-food sources that until recently had been too costly.

The study is reported in this WSJ story.

The Man Who Started It All 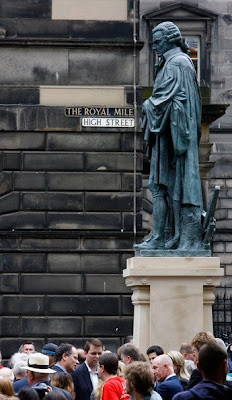 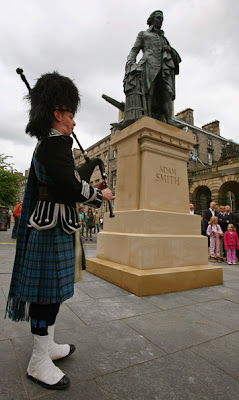