At the memorial for Milton three years ago, Allyn and Rose were talking. Allyn said how I liked to tell students about the MV=PY license plates when I introduced the quantity equation in myclasses—undergraduate and graduate. Rose told Allyn “We should get those plates for John”. Well several months later, Cindy Sparks called and said she had these plates. “Did I still want them?” she asked. Of course, I said and in a few weeks they showed up to my great delight.

Thanks Milton and Rose for their unfailing efforts to promote the cause of free markets. In times like this, where everyone thinks Keynes is the economist to turn to, we free market economists need to follow the footsteps of Milton and Rose in resisting the temptation to let the government take over affairs which should remain in the private domain.
張貼者： Gary M C Shiu 於 6:20 PM 1 comment:

Best Line I Have Read This Morning

For those who do not read Chinese, let me try to translate this line:

"One should be thankful for being a good person."
張貼者： Gary M C Shiu 於 5:00 PM No comments: 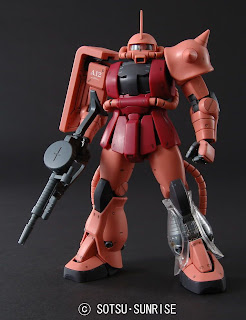 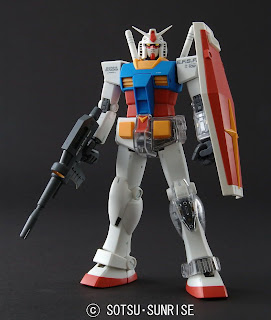 With the kind approval of the Professor Steven N S Cheung , below is what he contributed to the recently concluded Ronald Coase Conference. Thanks to Kempton, via Zhaofeng Xue, some pictures of the conference are now available here.

Ronald Coase: My Once and Future Mentor

I arrived in Chicago in the fall of 1967 to take up a Post Doctoral Fellowship in Political Economy. Soon after settling down at the I-House, I went and knocked on the door of Ronald’s office. Rather timidly I introduced myself: “My name is Steve Cheung, a student of Armen Alchian. I spent three years reading your paper on social cost.” Having said so I noticed how Ronald’s office was immaculately clean and tidy, with everything arranged on the shelves like the Tiananmen parade this past October 1. My heart began to beat faster when I noticed that right there, on one of the shelves, were all eight editions of Marshall’s Principles lined up in order.

Ronald was sitting and reading a book, and the desk had nothing on it except the one book. I was standing there staring at the Marshall editions, trying to see where the order may have been misplaced. It took some time because the various editions were indicated in Roman numerals. Deciding that there everything was on order, I heard Ronald ask, still reading: “What is my paper on social cost about?” I was taken aback by such a warm response from a man who was ‘up there’, paused a few seconds, and replied: “Your paper is about the constraints subject to which market contracts are made.” He looked up, then slowly stood up, smiled, shook my hand, and mumbled something to the effect that at long last someone understood his paper. He asked whether I already had lunch, and would I join him for lunch. Of course I had not had lunch.

That was the beginning of a fruitful friendship. We often walked the Chicago campus to discuss ideas and the proper directions economics should take. In and out of the economics profession Ronald is the most firm-minded man I have ever met. This firmness inspired me as it rendered a feeling of strangeness in dimension, but we had no difficulty finding subjects of common interest to talk about. He was the master, and I was the student seeking to become a master. I was revising my doctoral thesis on sharecropping for the U of Chicago Press at the time and was expanding a paper on the choice of contracts. Ronald strongly supported what I was doing. We both thrived on intuition. We shared the view that we must investigate what is going on in the real world, that economics must be capable of being applied if it is to be of interest, and Ronald endorsed my insistence in keeping the theory simple while digging deep into the facts. From Armen I gained a thorough understanding of demand, and from Ronald I learned how to handle cost. It is essentially a combination of the law of demand and the concept of cost that have underlined all my economic writings ever since, supported by details of facts whenever possible.

In December 1980, at the AEA meeting in Detroit, Ronald urged me with his usual firmness to return to teach in Hong Kong. He said China was opening up, and that my knowledge of economic systems, combined with my command of the Chinese language, made me the only qualified person to explain to Beijing about economics if they wanted. It was perhaps too ambitious a task to attempt. Years later, apparently unhappy about the development of economics, Ronald urged me to advance our kind of economics in China. Again, an ambitious task! I never expected to achieve any measurable results. I am no reformer, but I took Ronald’s advice, results or no. Almost 30 years have gone by, during which time I published some 1,600 articles in Chinese. A search on the Chinese Internet suggests that the results are astonishingly measurable. Of course I know that a lot of what happens on the Internet does not count, but ripples there have been aplenty, and some results seem like waves. There is no smoke without fire, I presume.

I have had the honor to acknowledge my intellectual debt to Coase on two public occasions. First, for Ronald’s retirement from the editorship of the Journal of Law and Economics in 1983, I published a piece entitled “The Contractual Nature of the Firm.” I started thinking about the subject when discussing things with Ronald in 1968: this was followed by an in-depth investigation of piece-rate contracts in Asia, but the accumulated ideas did not see the light until 15 years later. This article is still being cited quite a bit today. A second tribute, which I composed with pride and anticipation, was when the New Palgrave invited me to write on “Ronald Harry Coase.” Years later people told me the piece was submitted to Stockholm.
張貼者： Gary M C Shiu 於 6:07 PM 1 comment: 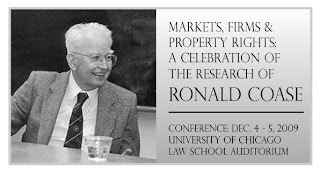 A conference in honor of Ronald Coase's work will be held at U of Chicago starting this Friday. Here is the link to agenda and papers for the conference. HT to Kempton for the pointer.

A few words of appreciation on Coase by professor Steven N S Cheung would also be presented at the conference, thanks to professor Cheung, I would be able to post them after 5 Dec. So stay tuned.

A noteworthy paper on Coase and Neoclassical Economics is written by Harold Demsetz for this conference. I have read it and would blog more about it later.
張貼者： Gary M C Shiu 於 2:01 AM 1 comment: